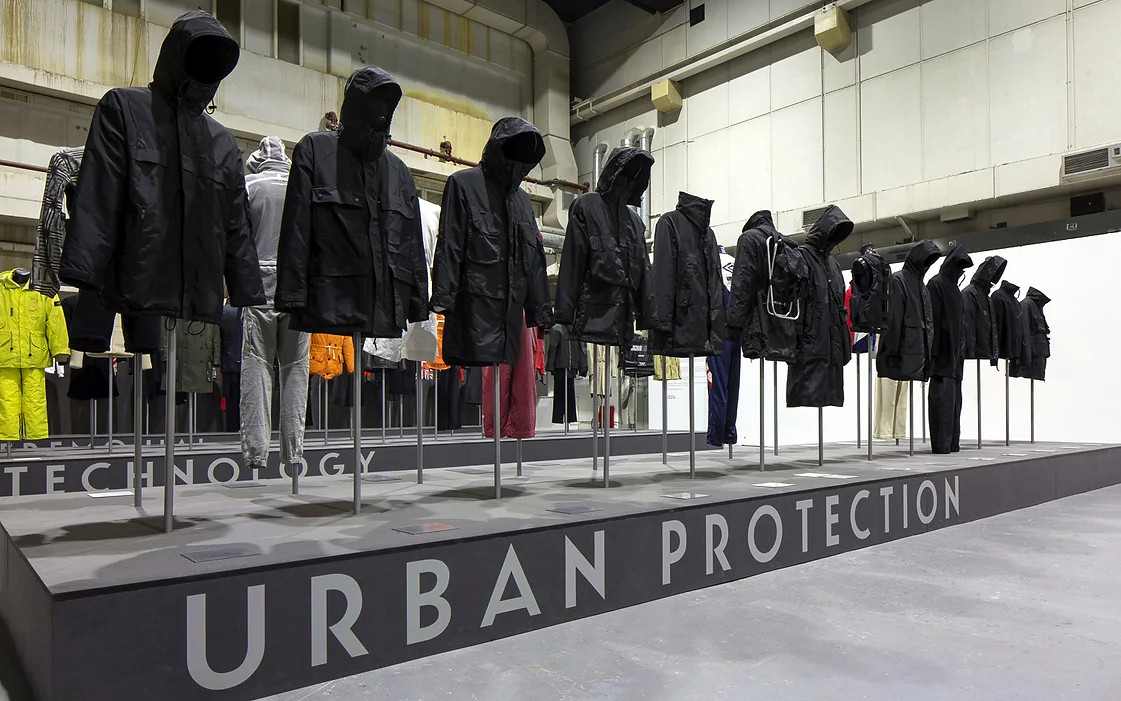 "It's all about one-upmanship"

For our next Jacket Fanatics feature we caught up with Professor Andrew Groves, director of the Westminster Menswear Archive and lover of all things outerwear.

Something like the Aladdin’s Cave for the serious jacket fanatics of the world, the Westminster Menswear Archive was originally founded to establish and maintain a collection of garments and related artefacts to encourage and develop the study of menswear design from a technical and functional point of view. Working exclusively with students, creatives, brands & researchers, the archive boasts rare and one of a kind of pieces from the last 100 years from Massimo Osti, C.P. Company, Stone Island, Nigel Cabourn, Bonneville, Barbour, Berghaus & Burberry to name a few. As well as archive military gear from the US Marines to the Coldstream Guards, the Westminster Menswear Archive is a jacket fanatics haven. Under the direction of Professor Andrew Groves, who has also curated exhibitions like the ‘Invisible Men’ from 2019, we caught up the lover of all things outerwear for our latest interview.

So first of all give us some background about yourself & how you came about starting the Westminster Menswear Archive?

I started the Westminster Menswear Archive in 2016 as a teaching collection designed to be used by students, researchers, and industry. It was inspired by Massimo Osti’s approach to design, and the importance of referring to existing garments to inform new ones. Increasingly we have less access to the physical objects produced by fashion designers. The replacement of physical with digital stores means most people only see garments mediated through the press or social media, so have no idea how these garments are cut or constructed or how they feel. Because we have the actual objects, we can investigate and comprehend how these clothes were made and then modify those methods to produce new results. To understand how the print effect was made, for instance, on a Craig Green jacket, you really need to study it; it is impossible to figure out by simply looking at an image. Another example is Carol Christian Poell’s tailoring; the inside of his jackets feature incredibly inventive finishing and construction methods that are not visible from the outside of the garment. So you need to engage with the object physically to understand it.

The Westminster Menswear Archive is something like an Aladdin’s Cave for those in the know, where does your own personal fascination for designers like Massimo Osti come from?

I have been wearing brands like Stone Island, Left Hand, Boneville and C.P. Company for years. I used to show my own clothing to students so they could see how Osti had designed a specific pocket or detail and how those smaller details are just as significant as the larger visual impact that we expect from runway shows. In the end it was easier to start the archive than keep on bringing my own jackets in!

What I particularly admire about Osti and his work, is he understood the importance of uniforms as a crucial component of menswear. Good uniform design fosters respect and dignity for those who wear them and nurtures a sense of civic pride in the vital roles they play in our societies. Whether that is the postman, or train driver or road sweeper. Osti, in my opinion, did not view uniforms as dehumanising but rather as a poetic expression of caring for our fellow citizens.

Give us some more info about the Invisible Men exhibition and can we expect something similar for 2023?

The Invisible Men exhibition was a way of highlighting the range and diversity of both the WMA collection but also menswear itself. By presenting over 156 garments we wanted to bludgeon home the idea that menswear is so much more than the dandy, or the peacock, or Savile Row and the suit.

The Invisible Men exhibition served as a vehicle for showcasing the breadth and diversity of both the WMA collection and menswear in general. I wanted to drive home the point that menswear is much more than either the peacock or the suit, Savile Row or the dandy. We presented over 156 garments that covered sportswear, tailoring, technical outerwear, army uniforms, disposable overalls, prison uniforms and clerical robes. The combination of all these outfits served to highlight the subtle relationships between menswear, utilitarian dress and uniforms.

As part of our collaboration with other institutions and museums, we are also lending objects for upcoming exhibitions. Several of our outfits are featured in the Dandy Style exhibition, which runs from October 7, 2022, to May 1, 2023, at the Manchester Art Gallery. Additionally, we are lending clothes to a new Tartan exhibition that open at the V&A museum in Dundee in April 2023.

I’m also currently working on two exhibitions for the West Minster Archive, one of which will be quite intimate and the other of which is probably going to be even bigger than Invisible Men!

Which menswear brands are you currently following/wearing?

I currently have over 100 alerts for various menswear brands and items that we are looking to acquire for the archive. The frustration is that there are things we love to have but they hardly ever turn up on eBay or other sites. For example, Vince Man’s Shop was one of the very first men’s boutiques, which opened in 1954 off Carnaby Street. In the last six years, we have only been able to locate three Vince clothing items, so it can take a lot of effort with little to show for it.

We are currently concentrating on collecting sportswear, and I’m looking for examples of vintage Umbro, Bukta, or Admiral sportswear from the 1920s onward.

The issue we have is that the items that have survived do so because they once belonged to a well-known player, and as a result, they can fetch prices in the thousands of pounds—which is far outside our acquisition budget.

Subculture has had a massive impact on menswear & trends, if you had to name one subculture & its own unique style which one would be your favourite?

Whether you refer to it as this thing of ours, or call them Dressers, Perry Boys, or even Casuals, there is something about that subculture that has persisted for the last four decades and continues to change and evolve.

Classic collections like C.P. Company’s Urban Protection have become a key talking point of the Westminster Menswear Archive, what makes it so special?

I’ve recently written a whole book chapter on the Urban Protection range and its significance. The Urban Protection line was created around the year 2000, during a time of temporal anxiety, and at the time it was seen as representing a futuristic utopia in which the augmentation of the human body with wearable technology would cure the ills of the urban environment. However, with the passing of time a different interpretation of the collection is possible.

Due to technological obsolescence, the clothing’s original functionalities may no longer be relevant, but Ferrari’s metaphysical framework, which made use of a number of semiotic techniques, such as the name badges, that allowed the clothing to overcome these limitations. It is this framework can be read as a denial of the technology that the collection appears to embrace, and that instead the collection serves as a continuation of a long tradition of artists and designers who have a spiritual desire to start again from zero.

What do you in your spare time when you aren’t heading up the WMA?

I’m a Man City season ticket holder, and you can find me at most away games, where I’ll gladly talk and argue about menswear with anyone that asks.

Finally as this series is all about jackets, what are they key ingredients for the perfect piece of outerwear?

I could go on about hidden functionality, technical materiality, and a variety of other qualities, but at the end of the day, it’s all about one-upmanship. I saw a mate wearing an ultra rare jacket talking to the jacket’s designer, who was complaining that even he didn’t have one. Isn’t that the perfect jacket?