We take a look at how Skepta revived Grime and re-introduced Air Max to a new generation with the Skepta x Nike Air Max collaboration.

It’s an Air Max Skepta thing…literally. We take a look at the history of Skepta x Nike Air Max and how the London born MC started a revolution of Visible Air. Let’s go back to 2014 for a second. Grime was strictly underground, the only UK stuff smashing the charts was the likes of Ed Sheeran (who would later appear on a Grime song with Stormzy), Clean Bandit & Rudimental. After the Channel U heydays of the early to  mid noughties with the first wave of Grime, the scene had kind of diluted with artists looking to branch out into more relevant electronic sounds to pay the bills. If you had of asked your average 16 year old boy at the time to talk about Grime they probably wouldn’t really have had a clue.

The Grime revival allowed OG artists like Wiley & Dizzee Rascal to re-introduce their original sound as well as a new generation of regional artists spanning all the way from Coventry to Croydon. It also brought back the original street style associated with the scene. Stone Island, The North Face, Supreme 5 panel caps & Air Max trainers have long been associated with the UK’s underground scene but you only have to watch the video for ‘Shutdown’ from 2015 to see this for yourself. The video not only brought back the OG Grime sound to a new generation of internet savvy urban music fans, but it also featured the likes of the Nike Air Max 97, a trainer which wouldn’t be re-released for another 2 years. The significance of Air Max to the Grime scene is absolutely huge & the BBK founder was the perfect ambassador to collab with.

It was the Nike Air Max 97 that kicked off the Skepta x Nike Air Max collaboration in September 2017. The Skepta x Nike Air Max 97 Ultra trainer celebration the 20th anniversary of the Bullet Train inspired design. Skepta put his own spin on the shoe with colourway inspiration from the Nike Air Tuned Max from 1999, an OG Air Max style that the London MC recalled having as a kid. Featuring iridescent polyurethane-coated uppers in copper & rose gold with black mesh overlays & braided embroidery to the tongue inspired from Skepta’s trip to Morocco. The insoles featured a Moroccan style print as well as the Sk AIR logo which drew inspiration from the late 90s TN logo, although switching the logo to a shape of a British plug.

May 2018 saw Skepta put his SK stamp on a new hybrid model, the Nike Air Max 97/BW (which was also released in 2018), merging the uppers of the Air Max BW with the sole unit of the Nike Air Max 97. The main inspiration of the silhouette came from his childhood memories of wanting to have the biggest air bubbles on your feet with colourway inspiration from the streets of Paris, a city which the UK Grime MC shares a close connection with. Featuring summit white mesh & leather uppers with contrasting red accents on the right shoe & blue on the left shoe, the Skepta exclusive quickly became an Air Max favourite.

August 2018 saw the celebrated UK Grime artist revive a late 90s classic with the Nike air Max Deluxe trainer. First released in 1999 the Nike Air Max Deluxe was a massive hit on the underground Garage scene of London from tower block pirate radio stations to raves. For this drop, Skepta gives a nod to his ‘Never Sleep On Tour’ ethos, drawing inspiration from his state of mind when touring the world. The Skepta x Nike Air Max Deluxe design itself goes back to the early noughties Grime DIY heydays from static TV screens, camcorders & RCA connectors (if you grew up in the era you’ll probably remember using them to plug your PS2 into the front of your TV). The trainer featured a static TV screen inspired print with the date of the release of the track ‘That’s Not Me’ on the lateral side of the shoe & ‘NEVER SLEEP ON TOUR’ on the medial side.

Although not officially an Air Max shoe, the Nike Shox TL Skepta trainer is just as relevant to the Sk AIR story. Those who grew up in and around Manchester in the early noughties will remember the significance of the Shox. A relatively misunderstood silhouette elsewhere in the world, the Nike Shox was a basketball shoe that took Nike sole technology to the next level with its spring inspired sole. The Shox was a massive hit on the streets of ‘Manny’ back in the early noughties usually teamed up with full tracksuits & 5 panel hats. The look quickly became associated with the growing Grime scene of the UK in the early to mid noughties. The exclusive Skepta release drew inspiration from the MC’s memories of traveling to Manchester and was first teased in the video for ‘Bullet From A Gun’ which also dropped in 2019. The trainer features breathable mesh uppers & nylon panelling in black with the addition of metallic silver side swooshes and the signature full length Shox sole unit in university red for the ultimate in all day bounce.

The next chapter of the Skepta x Air Max story featured the Tailwind V trainer. First released in 2000, the Air Max Tailwind V celebrated its 20th anniversary for 2020 which was originally when the Skepta collaboration was also rumoured to drop. The hybrid design featured caged upper inspiration from the Nike Air Max Plus with a digital print in a mixture of blue, purple & black hues. Other highlights included iridescent detailing to the tongue & ankle collar with SK branding to the tongue & the insoles.

Shop the latest Nike Air Max releases now via the links above & don’t forget to follow @thats_mint_official to keep up to date with all the latest news, releases & more. 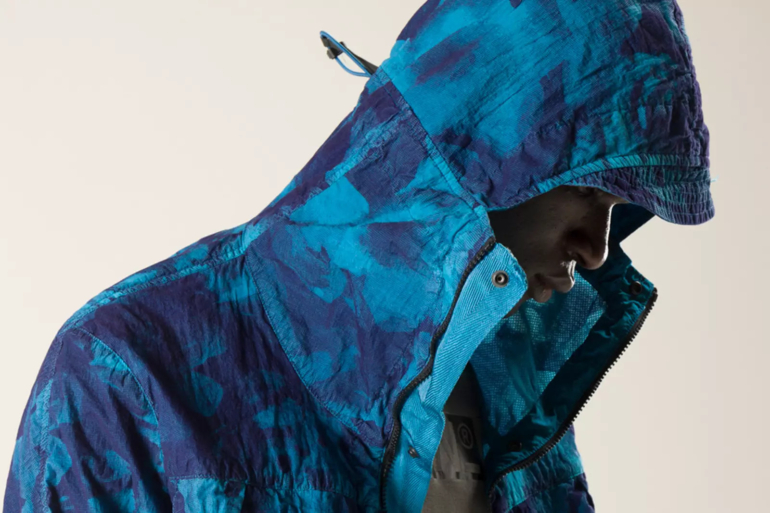 Next
5 UK Streetwear Brands That Should Be On Your Radar